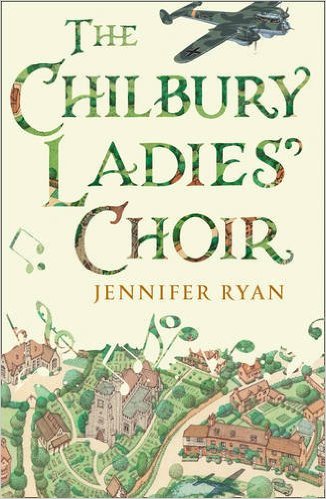 I was lucky enough to be given a sneak preview of this book that’s out next month – and so it’s the first one on my 2017 Reading List challenge!  It could fall in to a number of categories:

So, as I liked the sound of the blurb – I dived in!

“A warm, funny and big-hearted novel of wartime gumption and village spirit which will make your heart sing out, and is perfect for fans of Helen Simonson’s The Summer before the War and The Guernsey Literary and Potato Peel Pie Society.

Kent, 1940. The women of Chilbury village have taken umbrage at the Vicar’s closure of the choir now that its male singers are at war. But when spirited music professor Primrose Trent arrives, it prompts the creation of an all-female singing group. Resurrecting themselves as The Chilbury Ladies’ Choir, the women use their song and unity to embolden the community as the war tears through their lives.

Dependable Mrs Tilling sees the choir as a chance to finally put herself first, and a welcome distraction from thoughts of her son fighting on the front line. For Kitty Winthrop, the precocious youngest daughter of Chilbury Manor, singing is the only way to outshine her glamorous sister Venetia, who isn’t letting the war ruin her plan to make every bachelor in the county fall in love with her. Meanwhile, when midwife Edwina Paltry is presented with a dastardly job which she’s convinced will make her rich, she will have to misuse more than the trust of the choir’s women to carry out her scheme – and nothing is going to stop her.

Filled with intrigue, humour and touching warmth, and set against the devastating backdrop of the Second World War, this is a lively and big-hearted novel told through the voices of four very different but equally vibrant characters, who will win you over as much with their mischief as with their charm.”

The book is written from the position of a number of the main characters (all mentioned above in the blurb) by way of letters, diary entries, journal entries – and then some village notices.  This means it feels like it’s in quite manageable chunks so you can stop and start – although I read it in 3 sittings!

Throughout there is the back drop of World War 2.  It’s spread over just less than 6 months, starting in March 1940 for any real history buffs!  I’m not often a huge fan of historical novels – but I really enjoyed the wartime references amongst the various stories of the village.

It’s a really ‘nice’ book – quite easy to read with nothing too gory or frightening and no really rude bits!!  I can see why it has been compared to the books it has in the blurb.

There is apparently going to be a big marketing push for this as a Mother’s Day gift – and I can see that would be apt – but I actually think my 88 year old Grandmother would probably enjoy it more!

All in all, a lovely, gentle start to this year’s reading challenge.