My eldest daughter is incredibly academic and conscientious.  Her school reports for both attainment and effort are always really high marks – except for one subject – PE.  She is definitely her mother’s daughter in that department – and just as in my 1980s school reports, she doesn’t get the best grades for physical education.  But hey – you can’t be good at everything, right?!

Today was a Year 9 athletics competition against their rival school (co-incidentally the one her younger brother attends!) and she’d been selected to compete in the javelin and shot put.  Interestingly I remember also being allocated the shot put during my school days – and back then, I didn’t resemble a Russian shot putter in stature, that’s been 30 years in the development ….. 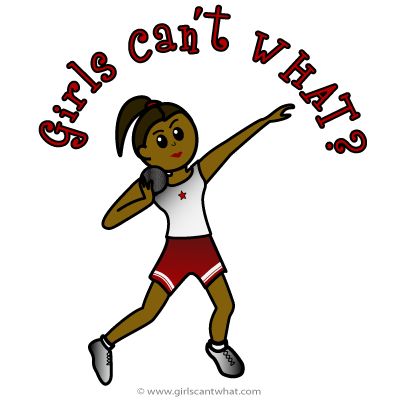 Her opening gambit as she got into the car after school was ‘Mum, you won’t believe it, I didn’t come last in the javelin or shot put’ – and I was suitably incredulous – this was excellent, if somewhat surprising, news.

She added that she’d thrown the javelin without killing anyone  – which is always a bonus – and out of 8 throws had only had one disallowed (this harks back to her Year 8 sports day, when her Dad and I were both busy at work, and so couldn’t attend to watch her compete in the long jump.  I’d felt the suitable working mother guilt until she confessed her 3 jumps had all resulted in foul jumps – so I hadn’t missed much!!!)

I’m not sure she’s quite the successor to Jessica Ennis-Hill – but all in all, a great sporting day #shedidntcomelast