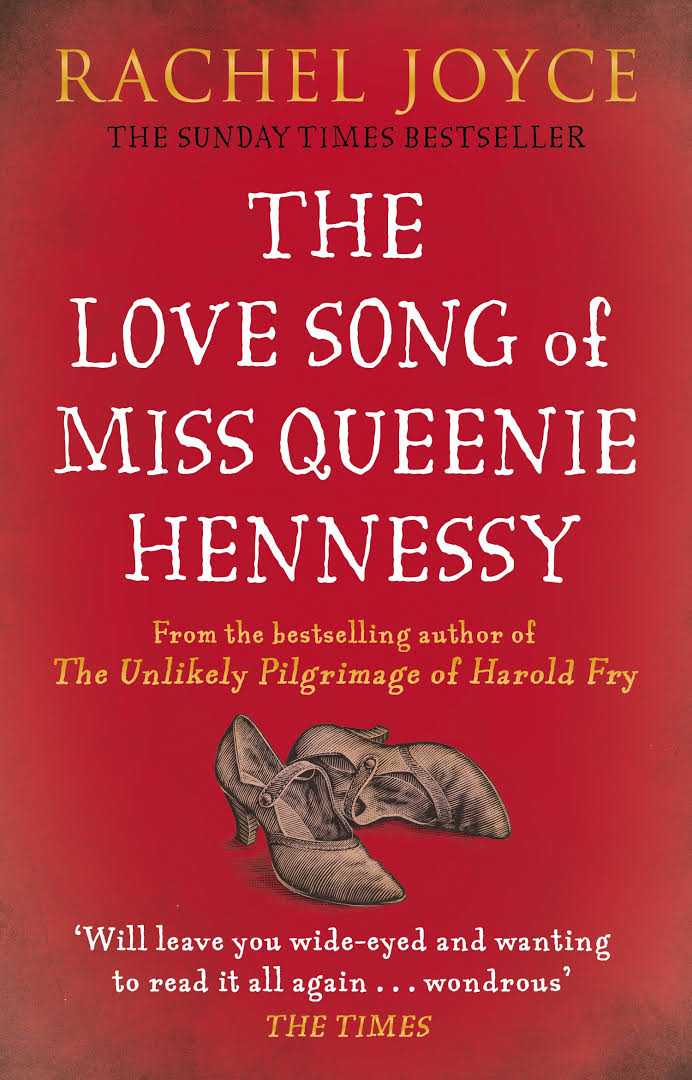 One of the categories in my Reading Challenge 2017 is ‘A book with a title that’s a character’s name’ and a friend suggested ‘The Unlikely Pilgrimage of Harold Fry’ – but when I said I’d already ready it, she suggested the follow up.  It’s not really a sequel as it’s happening concurrently – but told from the point of view of Queenie not Harold.  (When I’d actually finished the book I noted that the author had described it as a ‘companion’ to her previous book.)

This is the Amazon blurb:

“When Queenie Hennessy discovers that Harold Fry is walking the length of England to save her, and all she has to do is wait, she is shocked. Her note had explained she was dying. How can she wait?
A new volunteer at the hospice suggests that Queenie should write again; only this time she must tell Harold everything. In confessing to secrets she has hidden for twenty years, she will find atonement for the past. As the volunteer points out, ‘Even though you’ve done your travelling, you’re starting a new journey too.’
Queenie thought her first letter would be the end of the story. She was wrong. It was the beginning.
Told in simple, emotionally-honest prose, with a mischievous bite, this is a novel about the journey we all must take to learn who we are; it is about loving and letting go. And most of all it is about finding joy in unexpected places and at times we least expect.”

Firstly – I should probably disclaim that this is the book I’ve been reading recently when I’ve had a lull in reading speed – it’s  taken me a month to get through it.  It’s not that I’ve not enjoyed it – it’s a really lovely book – but it hasn’t made me forego everything else to read it.  If I was to equate it with an ITV drama, it would definitely be Grantchester as opposed to Broadchurch – I love them both, but Granchester would sit on the SKY+ planner for a few days whereas Broadchurch would be watched in real time!!

But back to the book.

It is the story of Queenie – the lady who Harold Fry is walking to visit in his aforementioned pilgrimage.  She is now in a hospice and the book is a mixture of her current life in the hospice, her life when she worked with Harold and then the time in between.

It is absolutely beautifully written – and really evokes all of the various settings, from Kingsbridge in Devon (where my father in law currently lives – so I know a little) to the North East of England (which I imagine to be like ‘Vera’ – I’m totally referencing ITV dramas in this post!!)

I liked Queenie – although felt at times she was a bit of a doormat – but the explorations of her different relationships was done well.  The characters in the hospice were also excellently depicted – and a real mixed bunch.

It is funny, clever, sad, poignant, frustrating, happy and all in all a really nice book.  It just didn’t really excite me – and I feel a bit bad about that.  I also wish I’d read it sooner after I’d read the Harold version – as I couldn’t remember the whole story – and I am sure it was very clever with its interweaving – and I didn’t appreciate that as much as I probably should have!

One thought on “Book Review: The Love Song of Miss Queenie Hennessy by Rachel Joyce”