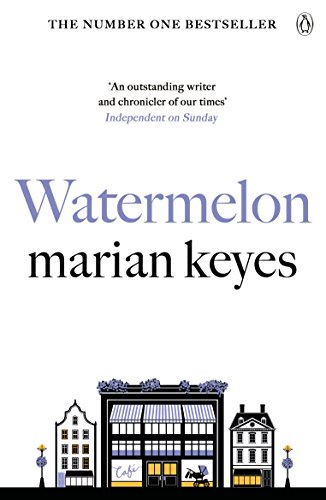 I recently read The Break by Marian Keyes and really enjoyed it – so when my 2017 Reading Challenge suggested ‘ the first book in a series’ I thought I’d go back to the start of Marian’s writing and read  the first book in her series about the Walsh sisters.

“On the day she gives birth to her first child, Claire Walsh’s husband James tells her he’s been having an affair and now’s the right time to leave her.
Right for who exactly? Exhausted, tearful and a tiny bit furious, Claire can’t think of what to do. So she follows the instincts of all self-respecting adults in tricky situations.
. . . And runs home to Mum and Dad.
But while her parents are sympathetic, Claire’s younger sisters are less so. Helen wants to share the new toy (she means baby Kate). While Anna is too busy having out-of her-head experiences.
So when James slips back into her life, desperate to put things right, Claire doesn’t know whether to take a chance on a past she feared she’d lost forever or face an uncertain future of her own.
But is she as on her own as she really believes?”

Slightly further on – Claire, at her parents’ home in Dublin, phones her husband back in London – but he doesn’t pick up.  Why doesn’t she text him?  Facebook or Twitter direct message him?  Send  him a quick Whatsapp or Snapchat message?  I am confused.  I then check when the book was published and it was 1995!!  This is practically a historical novel!  I hadn’t even graduated or been married the first time back then.  So – I went back to the book with a slightly different view point!!

The book is told from Claire’s point of view – and she thinks around facts A LOT.  Sometimes I wanted to give her a slap and get her to concentrate on the task in hand.

I found the character of James REALLY annoying (and not just because he is giving accountants bad press!) – but he was horrible and controlling and not nice at all.  I also didn’t particularly like either of Claire’s sisters that you meet in this book (so I don’t think I’ll be pursuing the rest of the Walsh family books TBH)

A lot of the writing felt quite frantic, and rush rush rush from topic to topic – almost manic at times. I think Ms Keyes’ writing style has definitely improved over 20 years.

Overall it was amusing, emotional, entertaining and not challenging to read – but hasn’t made me want to go through the entire Marian Keyes back catalogue in order (which was kind of my reasoning for starting with the first one).